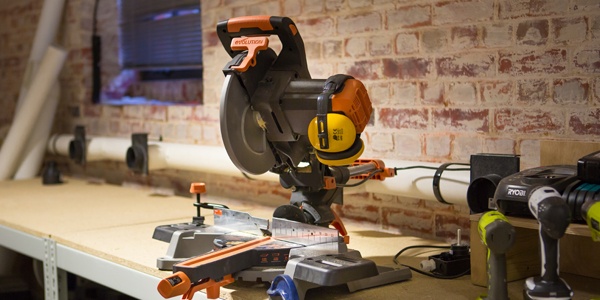 The words ‘invention’ and ‘prototype’ go hand in hand. You won’t find an inventor in the world that hasn’t considered a prototype to be of the utmost importance in the process.

When you think of a prototype, you might picture a garage covered in sawdust, a lab with test tubes and goggles or you might think of Innovate in our workshop. There are so many ways to build a one, but which is the best option for you?

‘Prototype’ originates from the Greek word prōtotypon meaning ‘a first or primitive form’. They are used to explore, test, present and use. The important thing to think first, what do you need it to do?

It is a common misconception that you need a fully working prototype ready for manufacture (bells and whistles included) to gain any kind of leverage in the commercial world. This can be a costly route to explore, and ultimately unnecessary for a lot of inventors.

There are factors to consider when deciding what kind is best, such as:

Here are some of the different kind of prototypes to explore to avoid potentially costly mistakes.

A proof of concept prototype is a rough representation to test the idea, proving the concept itself. Also known by the term ‘test rig’, it is a very helpful and cost effective starting point to test the core aspect and the key functionality. A design like this is unlikely to look anything like it is intended to, but fundamentally it will work!
However, there is also the risk of proving the concept does not work. By exploring this cost effective route, you have minimisied risk and saved yourself money in the long run.
When would you choose this? If the idea is totally unique and nothing like this has been done before, it’s classed as high risk so the core functionality really needs to be tested first with a proof of concept prototype.

This prototype explores the functionality of the product in a deeper and more technical way. It also may reflect the considered shape of the final product. At this stage, it’s advisable to focus on the overall function. You wouldn’t include too many functions at this stage, as it could prove costly. This is still a stage for investigating so the cost should be kept as minimal as possible. Maximum learning at minimal cost.
You would opt for a functional prototype if the core functionality has already been proved and tested, so you can start looking at other aspects in more detail.

As the name suggests, its all about what it looks like. This prototype will visually resemble the final product, but it won’t usually function. This would be helpful if the appearance of the product is pivotal. We would always advise to avoid this kind of prototype if you haven’t yet established that the concept functions as needed. If you are at this stage, a more cost effective way to visualise the final product is to create photo-realistic images using CAD modelling, read more here.

This prototype will look and function just like the final product would. The component parts will be made using separate processes and materials sourced from different places. This is the closest you can get to ‘the real thing’ before making final plans about manufacturing and sourcing. It brings together the visual element and the fully functional mechanisms making it perfect to test and present.
You would choose the final design prototype if all functions and aesthetics had been realised and proved. Manufacturing processes would also have been considered, however materials here may differ from the final manufacture design.

This can be used as a ‘Golden sample’ to show exactly the design, function and standard. All aspects would be the same as the final product on the shelves. Testing is key with any kind of prototype, but especially with the Production Prototype. If you havent tested thoroughly, you may have a shipping container full of faulty goods!
This would be the last (or only) prototype you would need to make, however it is only possible to create if your design was totally manufacture ready, nearly all inventors need to explore the other prototype stages first.

Do you have a better idea of what prototype would suit you best?

If you’d like to talk to someone about your new idea in particular, send your idea in for a free and confidential review today.

This website uses cookies to improve your experience while you navigate through the website. Out of these, the cookies that are categorized as necessary are stored on your browser as they are essential for the working of basic functionalities of the website. We also use third-party cookies that help us analyze and understand how you use this website. These cookies will be stored in your browser only with your consent. You also have the option to opt-out of these cookies. But opting out of some of these cookies may affect your browsing experience.
Necessary Always Enabled

Performance cookies are used to understand and analyze the key performance indexes of the website which helps in delivering a better user experience for the visitors.

Analytical cookies are used to understand how visitors interact with the website. These cookies help provide information on metrics the number of visitors, bounce rate, traffic source, etc.

Advertisement cookies are used to provide visitors with relevant ads and marketing campaigns. These cookies track visitors across websites and collect information to provide customized ads.

Other uncategorized cookies are those that are being analyzed and have not been classified into a category as yet.